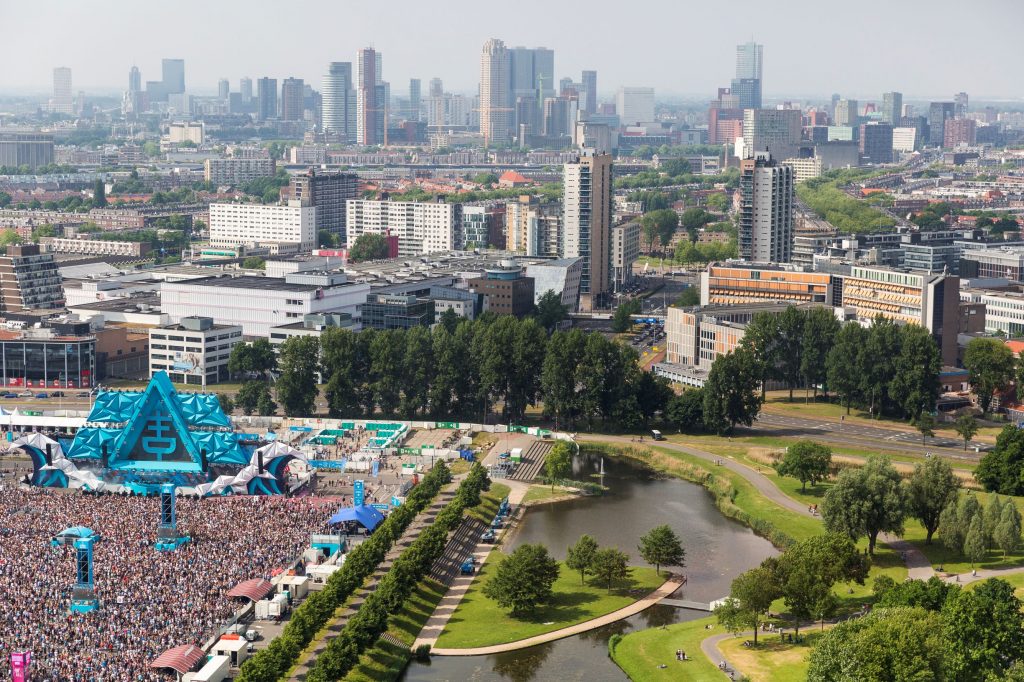 The future of music festivals in cities: an analysis of stakeholders’ pursued values and experienced effects

Together with the rapid growth of urban music festivals in the second decade of the 21st century, most cities densified and gentrified at an equally fast pace. This increasingly leads to challenges for all stakeholders involved in urban festival planning: do we have enough suitable festival locations? How do we prevent nuisance? How to find a balance between the needs of both festival goers and local communities? How do we sustain our inner city festival culture?

Commissioned by POPLIVE and supervised by Erik Hitters and Martijn Mulder, Nina Visser studied this topic as part of her Master Thesis for Media & Creative Industries at Erasmus University Rotterdam. To gain a better understanding of the dynamics between the different parties involved in urban music festivals, her research took a qualitative approach to map out their underlying values and experienced effects of music festivals. This is of high relevance with regards to the future of music festivals in cities, as the gentrification of dense cities is threatening the continuation of festivals that use to take place in these areas. To uncover the different perspectives on festivals in the city, the following research question was posed: “Which values and effects do key stakeholders experience in music festivals that take place in the public urban area, against the background of increasing festivalisation?”

This study is grounded in a qualitative content analysis of 40 Dutch news articles, as well as 2 in-depth expert interviews with professionals in the festival industry. The analysis allowed for the identification of the main stakeholders: festival organisations, festival visitors, pro-environmental organisations, and various groups of the city municipality and residents. Furthermore, these different parties were connected to their most important values, that could be either economic, social, cultural, or spatial. Additionally, the experienced effects of stakeholders that could be either positive or negative, and direct or indirect, were linked.

The findings partly confirmed and nuanced the stakeholders-effect model constructed by Mulder (2018). This study added a third dimension to the initial model by analysing the underlying values stakeholders attach to urban music festivals. Moreover, evidence showed that some stakeholders could be divided in multiple subgroups as not every party was homogenous in their interests and ideas. In conclusion, this paper contributed to the field of festivalisation as it provides an overview of the most important values and effects of the key stakeholders. Hopefully, this can be used as a means to understand each other’s background and values to ensure the future of music festivals in cities.

The complete thesis with Nina’s study on stakeholders of urban music festivals can be found here.

For more information about this study, please contact Martijn Mulder