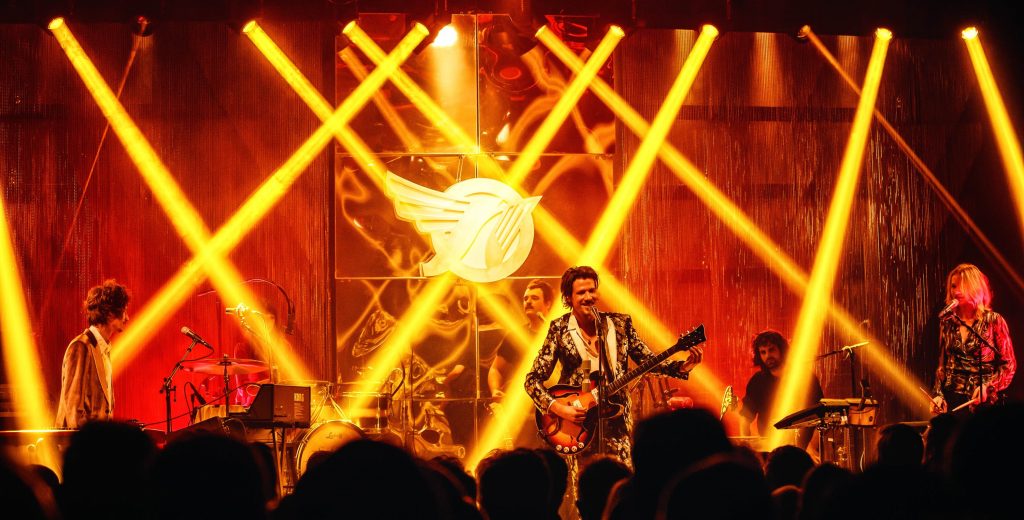 At the end of 2018 Rick Everts, Dr. Pauwke Berkers and Dr. Erik Hitters investigated 21 early-career pop acts who performed at the Eurosonic Noorderslag edition of 2018. These musicians were interviewed about their career strategies, the way they approached their work and their experiences in the Dutch music industry. In addition, they participated in a diary study to map their daily work activities. While the articles written on the basis of these data are currently under review, in this blog post some of the main findings are presented.

Musicians in a changing industry

One of the questions that was investigated in the interviews was how musicians have been adapting to the changing music industry. After the arrival of the internet, the sources of income for the industry have changed dramatically, since due to streaming and downloading the sales of CD’s have plummeted. While this is partially being compensated by the increased sales of vinyl and revenues from streaming, the question remains how musicians cope with this new situation. The interviews with musicians suggest that even though they often have incorporated the new technologies that the internet and other modern technologies have to offer (social media, cheaper recording and publishing possibilities, the opportunity of a web shop, streaming), musicians still feel dependent on the ‘traditional’ industry actors such as labels, programmers, journalists and bookers, in order to make a living (see below). As a consequence, musicians perform activities that help to get noticed by these traditional actors as they feel that this is their best shot at creating a sustainable career. In order to get noticed, musicians collect certain “symbolic markers” that help to get perceived as talented (playing showcase festivals, getting music reviewed, having streaming success or touring abroad were such markers of potential). Interestingly, musicians still try to achieve several markers of which they have the feeling that they do not contribute to building an audience or earning an income. In other words: the experienced dependency on the industry makes that musicians perform activities that in some cases they feel are outdated. For example, while large audiences are not interested in albums and often tend to consume singles, releasing an album as a new act functions as an important marker for the industry of one’s potential. The same can be said about playing showcase festivals or getting traditional media attention. So even though the macro transitions in the industry have been tremendous, the changes on the level of the musician have been modest.

So what then do the business practices of these musicians look like? That was the focus of attention in the diary survey study. The participating musicians filled in a diary survey every day for a week to map their work activities. The results show that on average, these musicians invested 25 hours per week in their career. As most musicians did not yet earn an income from their act, this had to be done on top of their other jobs. Of those 25 hours, almost half of the time spent on their career in music was used for creative activities such as rehearsing, song writing and performing. While musicians felt that they often did not have enough time for these kinds of creative work, the dairies suggest that they managed to reserve time for what they like to do most. Another remarkable outcome of the diary was that, even though social media is nowadays understood to be very important in order to build an audience, the musicians in the sample spent very little time on this. Moreover, musicians experience tasks related to social media as relatively unimportant and they struggled with creating engaging posts in less eventful times. In addition, we investigated the kinds of skills that modern musicians need in order to be able to do their day-to-day work. The results show that they need a wide-ranged skill set that include aesthetic, marketing, business, managerial and production skills. While a lot of the musicians collaborated with bookers, managers and labels, they often performed a lot of non-creative tasks themselves, either by choice or due to limited funds. This shows that musicians in the current industry are required to develop a set of business skills in order to sustain and build a long-term career in music.

The economic position of early-career musicians

When we look at the economic position of these musicians, an aspect that was less central in the articles but nevertheless highly relevant, the outcomes from the interviews were not very optimistic. Most interviewed musicians struggled with finding ways to earn an income. Record sales and merchandise were often no substantial source of income. Streaming was not a source that could be counted on, as it is uncertain when Spotify adds or removes a song to a playlist, meaning that from one month to the next your revenues can disappear. As already touched upon above, new digital opportunities to monetize attention on social media were not really investigated by musicians. Caused by a number of reasons, musicians struggled with creating substantial sources of income from performing live. First, they perceive a lack of performance opportunities throughout the Netherlands, as musicians wonder how often they can perform in the same region per year before they lose the interest of their audience. Moreover, fees paid for gigs are low (especially for support acts) and often do not cover the costs of renting a van or hiring a sound technician. In addition, acts struggle with building audiences that actually buy tickets for their club tours. As a consequence, the year after their performance at Eurosonic Noorderslag, most musicians still have to invest financially in their career. Because of all this, several of the interviewed musicians are pessimistic about the opportunities to develop an economically sustainable career and opted for a career as amateur or semi-professional. In other words, most of the musicians perceive their chances of establishing an economically sustainable career in music on the basis of a successful act to be small. These musicians might have to look for other jobs in music to make their participation in the music industry long term. In 2021 all musicians will be approached again for an interview to hear how their careers have developed over time.

Outcomes of this research project resulted in two main articles, who are currently under review (they will be presented here on the website as soon as they are published). In addition, findings are used for a cross-country comparison with the UK, investigating the work routines and rationales of musicians in both music industries (forthcoming) and an article that looked into the relationship of cities and their local live pop music ecologies. Results were presented at conferences in Rotterdam, Portugal, Malta and Switzerland. At the end of the POPLIVE project the outcomes of this research project will be used for an advice for the industry.