The Dutch Live Music Monitor contains an overview of twelve years of live popular music in the Netherlands (2008-2019). The database was constructed based on the Dutch websites podiuminfo.nl and festivalinfo.nl and multiple additional websites and music databases. It contains 292.615 shows, both in venues and festivals, by 30.673 artists, of which the majority is Dutch. The full monitor can be found here (in Dutch). Below you’ll find some highlights. For more information send an e-mail to Martijn Mulder. 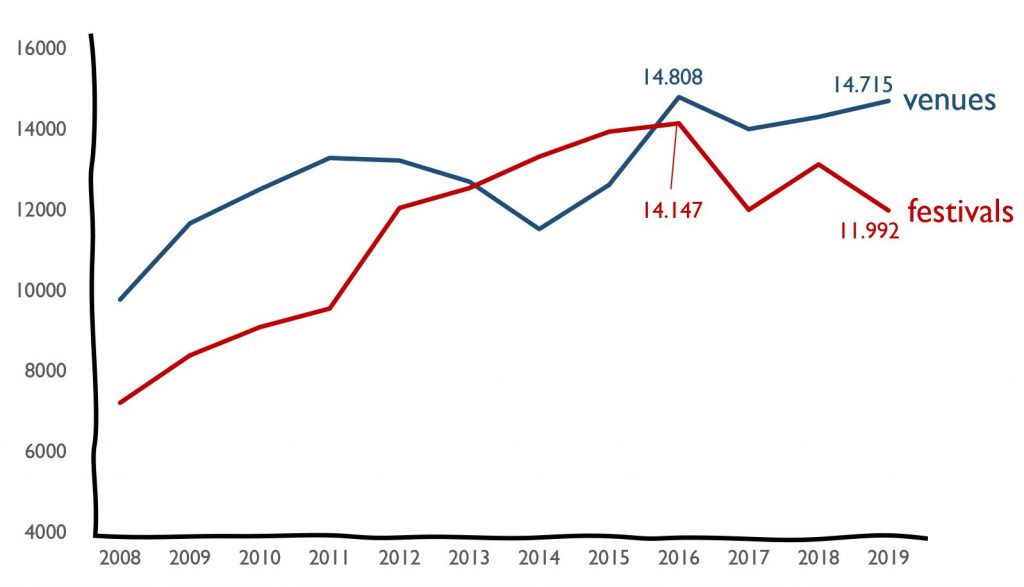 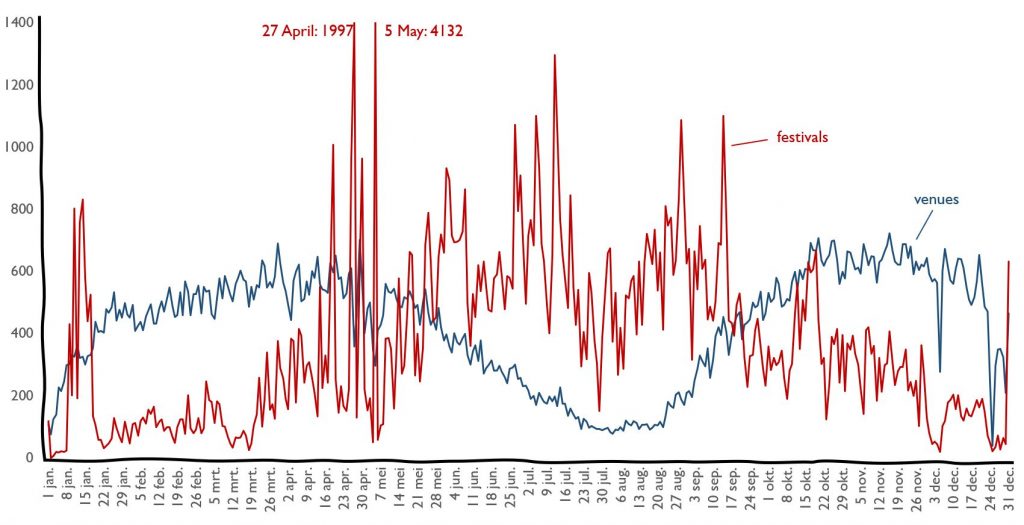 Based on a number of indicators that could be extracted from the data, we developed an index for diversity on stage in venues and at festivals. The index is based on the level of uniqueness of the artists playing the venue/festival (or, the other way round, the amount of artists that return to play the same stage), indicators related to the country of origin of the performing artists and the gender balance of performing artists. Vera (Groningen) and Rotown (Rotterdam) are the venues with the most diversity on stage. Le Guess Who? (Utrecht) is the festival with the most diversity in performing artists. 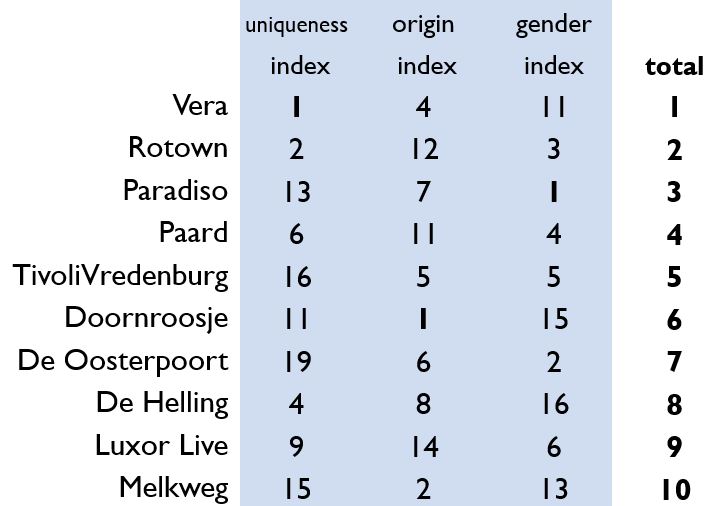 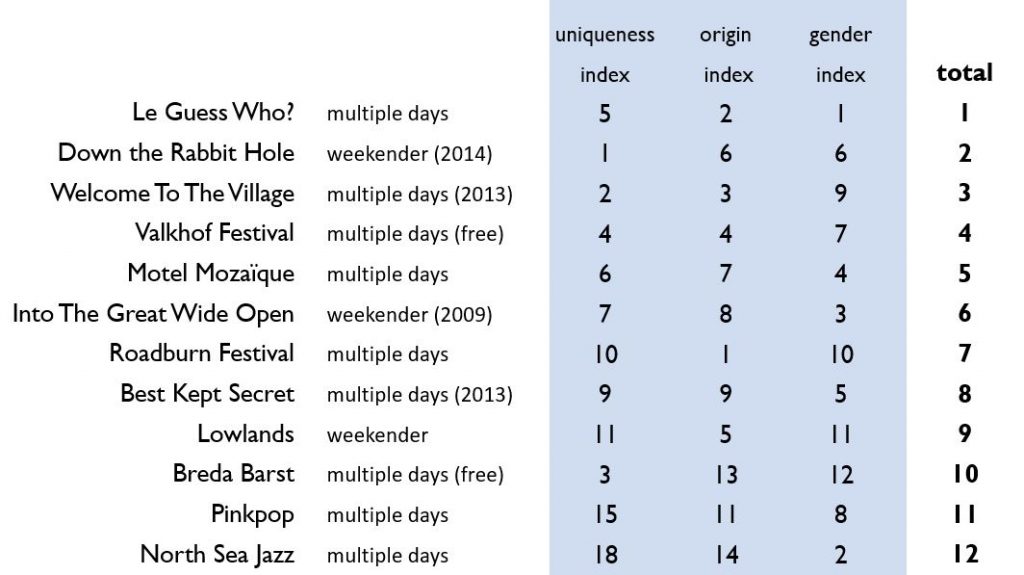 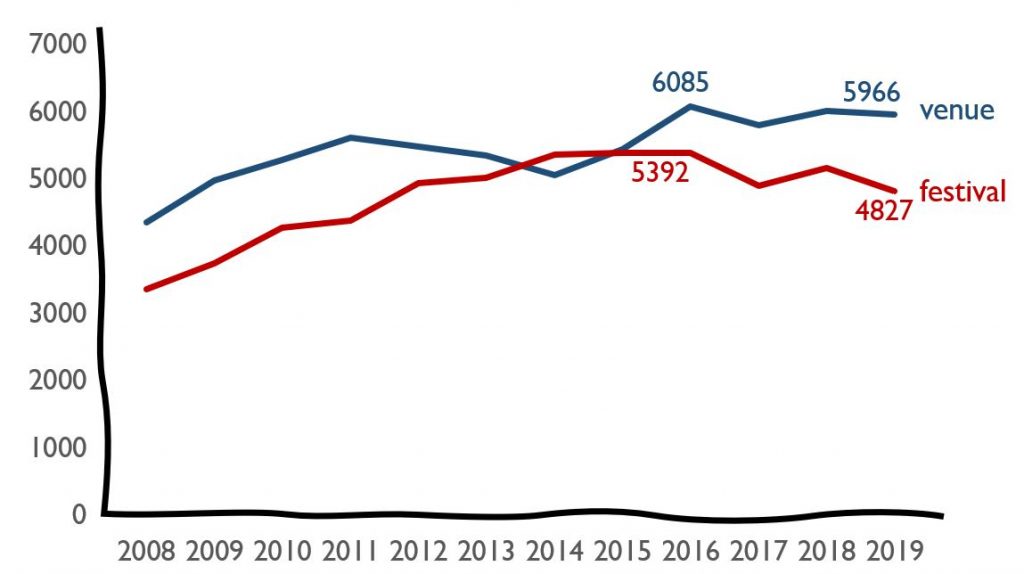 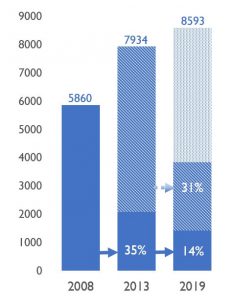 Pop music artists are predominantly men. In 2008, 86% off all performing artists were men, in 2019 this was still 78%. Based on a sample we concluded that of all mixed bands 69% were male band members and 31% female. Based on this sample we integrated the gender-mixed artists in the figures below. 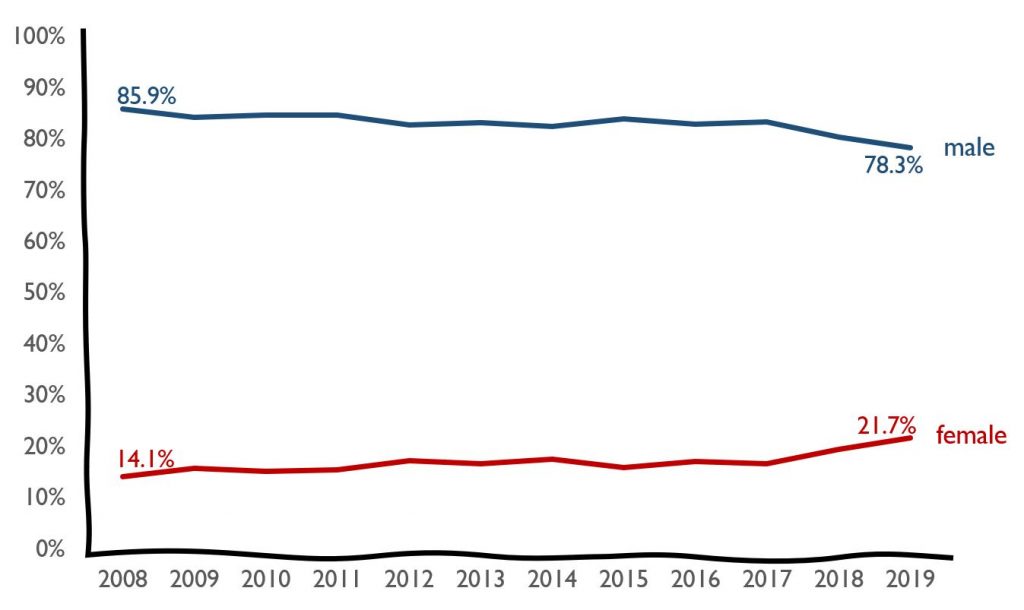 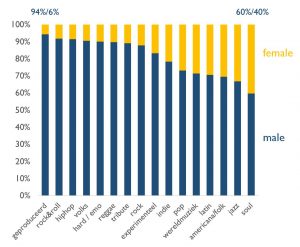 What are the chances of making it big as a beginning artist, playing small crowds? The monitor shows that the chance of making it from the smallest stages (<400) to one of the ten largest stages in Dutch pop venues (e.g. main stage Paradiso) is approximately 10%. The chance of booking a venue show with a capacity of +4.000 is appr. 0.5%. 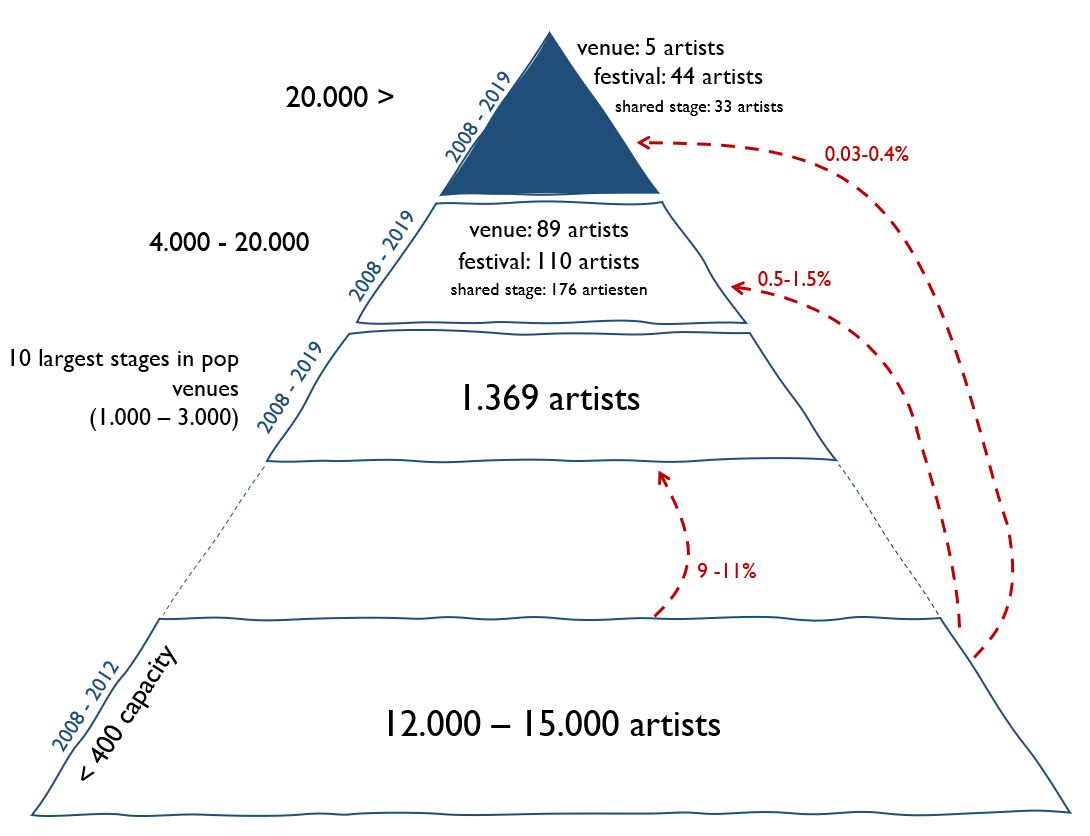 Which Dutch city has the most healthy ecosystem of venues and festivals? Based on several indicators such as the venue-density and the skewness of venue supply, the monitor presents a ranking of the cities with the most healthy supply. Utrecht scored slightly better than Amsterdam. Eindhoven has the healthiest music festival supply. 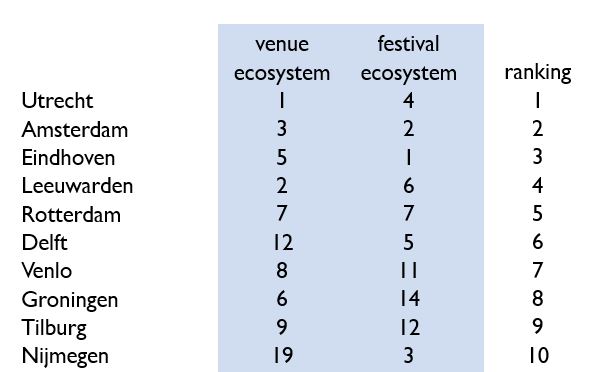 Finally, we analysed the developments in genre between 2008 and 2019. We were able to label the genre (max 3 items per artist) of about 98% of all artists in the database, based on either the channels of the artists themselves, or other relevant data sources. An index shows that the supply of artists playing americana/folk (including singer-songwriters) and tribute artists, has grown even faster than genres such as hiphop, pop and produced music. Finally, a map of the Netherlands shows the overrepresented genres in all regions. 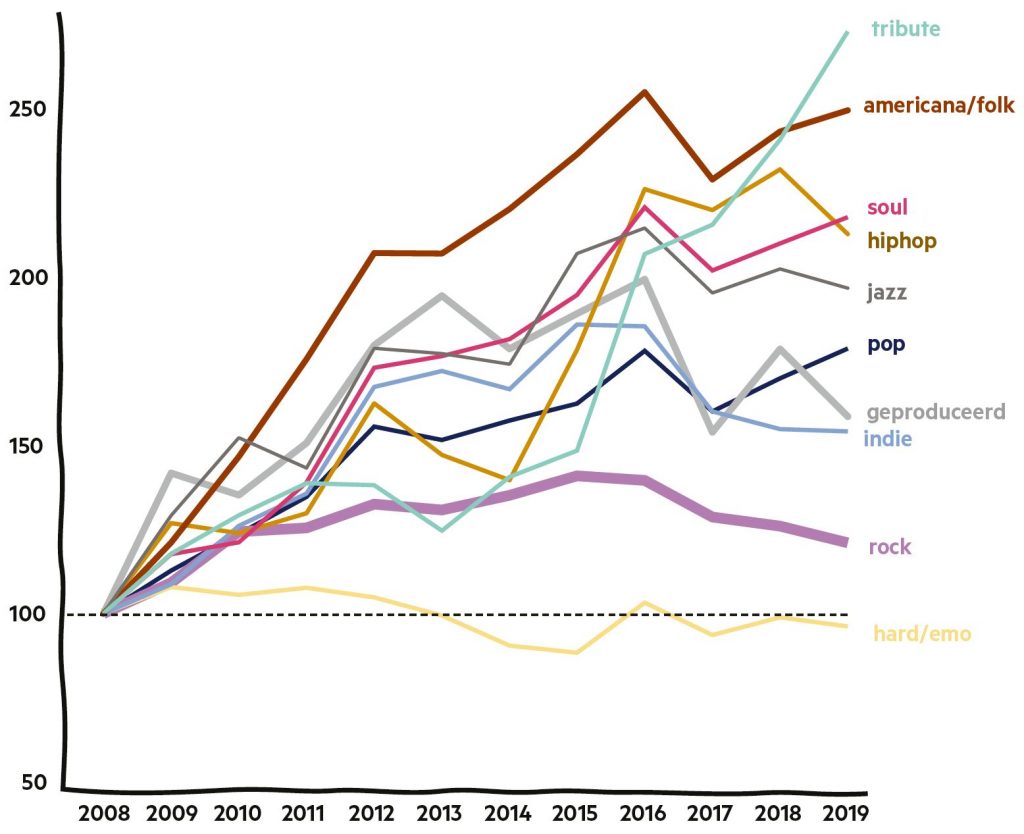 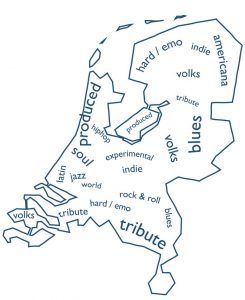